Codes and materials for this project can be found here

How much and how do we use the internet today?

Our project consists of a physical sniffer, a device which, if connected to a network, intercepts, quantifies and memorises the traffic passing through the network and shows an output of the amount of traffic. 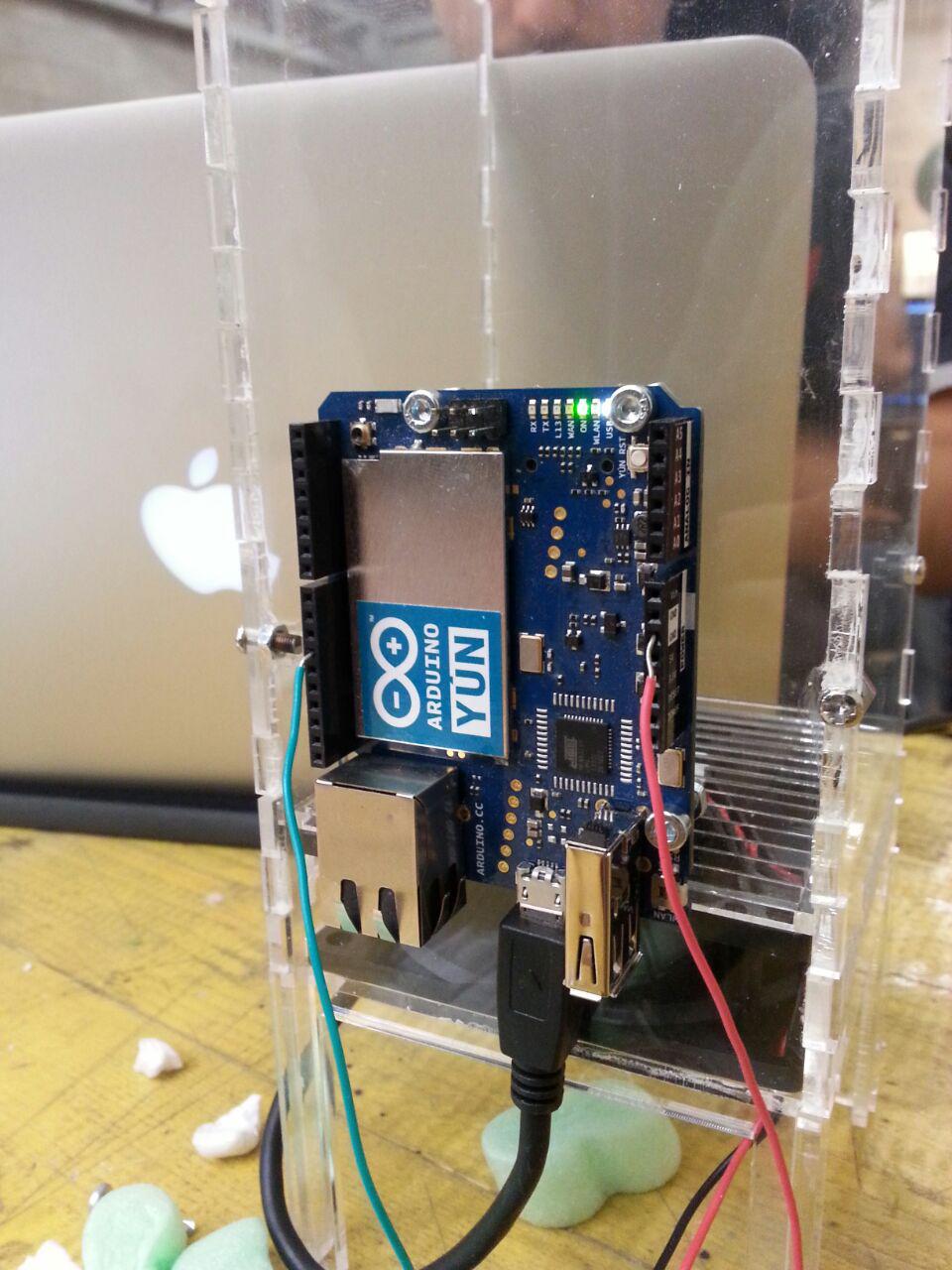 The objective we had stated at the beginning of the project was to design a software which could answer the question: how much traffic is generated by the hosts connected to the network? How can we visualise it physically? Developing a software that could sniff the traffic and interfacing it with the YUN and a web page which can visualise in real time the quantity of traffic generated by a host connected to the network.

Inside the tube there are some small polistirolo balls which will reach different heights depending on the power of the fan. The height reached by the balls and the intensity of their rotation inside the sniffer, are the visual output of the amount of traffic on the network.

To develop the software necessary to manage the sniffer, we started with a programme in C distributed by the tcpdump team, sniffex.c, which uses the libpcap library to intercept the traffic on the network. We have modified the software, by eliminating the output we didn’t need and by adding the data download speed and the number of downloaded data. The programme saves the data in a database and is interfaced, by php, with a web page that visualises the digital output. Then, the programme in C is linked to the YUN, where we have loaded a programme which varies the power of the fan, according to the amount of traffic detected (“sniffed”)

What can you do with the Sniffer? - You can check the traffic on a LAN: with the sniffer you can make a quick statistics of the usage of the bandwidth of a domestic, school, class or lab network, to be aware of how the Internet is used. - Checking the traffic of your personal network you can also control the amount of used data in case of a fare with limited monthly GB - You can monitor which sites are being visited on the network (useful as parental control).